The top of the market for 2016 has gone to Michael Morrison of Morrison House Sotheby’s International Realty. The top residential sale reported by the NWMLS for the greater Gig Harbor area was brokered by Michael Morrison. The unique home was situated on a shy 2 acres of land and composed of over 5100 square feet of living space. A lighthouse inspired floor plan delivered most of the living space on the main level. Built in 1995, the home was on about 283′ feet of saltwater frontage.

Morrison stated “It was a true sense of accomplishment to bring years of experience to not only be selected to market the home in a competitive field but also bring the buyer himself from out of the area.”

The Institute for Luxury Home Marketing has endorsed Michael Morrison 5 times with National Level marketing awards including a lifetime achievement award for his work in the upper tier residential market. Morrison works the greater South Puget Sound residential market and can be reached online at MyUniqueHome.com or by calling 253.606.5925

I was glad to have you in our corner during the negotiation of the contract process, you and your team were so professional it really made what could have been a very stressful process go smoothly and quickly. I appreciated the fact that you were always so upbeat…

You were so energetic, reliable and wise in your actions and advice to us. Sensitive, responsive to our needs and you counseled us well, absolute honesty and reliable. 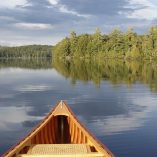 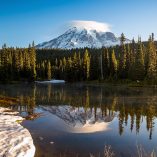